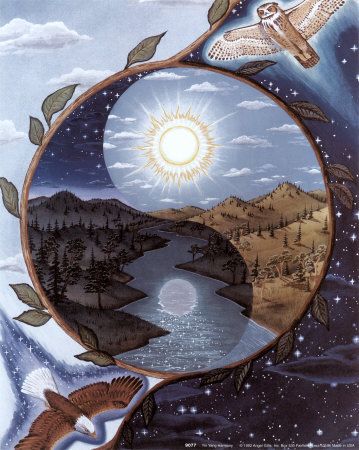 Traditional Chinese Medicine, TCM, is a complete and independent system for understanding the human body  that developed over the course of two millennia and is based in ancient naturalist and Taoist philosophy.  The rich landscape of TCM knowledge teaches us how to treat the entire system  (physical as well as the mental-emotional aspects ) when it is out of balance and not working properly.

Central to understanding TCM is the idea of Yin and Yang – opposing forces in nature that are interdependent, constantly changing and mutually transforming into each other, and balancing each other.  All aspects of the universe, and the thus the human body, can be considered yin or yang.  However, there are no absolutes – every yin part has some yang and vice a versa.  In TCM illness at the most basic level is understood as yin and yang of the body being out of balance, and treatment uses various means to nourish yin or yang to return the body to a state of harmonious balance.

Chinese medicine views the body organs and tissues as being linked by channels, 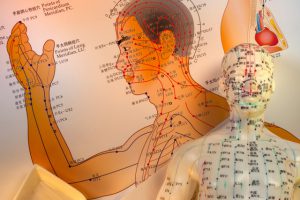 also known as meridians, along which there are areas of greater surface potency and these serve as portals to the whole channel system (and thus the linked organs and tissues) which we access via inserting acupuncture needles .  To help better understand what may be a foreign concept, while meridians don’t correspond precisely to western anatomy, there are similarities in that channels often follow along the routes of the circulatory, nervous, and lymph pathways physiologically.  Chinese medicine understands the body functioning through the actions of four substances known as Essence, Qi (pronounced “Chee” and understood as Vital Life Force), Blood, and Body Fluids that run through the channels. 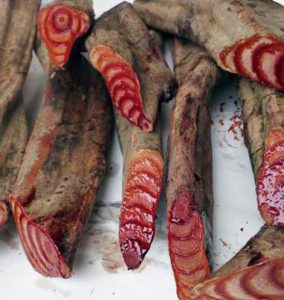 Chinese medicine understands the human body as a microcosm of the macrocosm that is all of nature.
My favorite example of this philosophy in practice is illustrated poetically by looking at the herb called “Ji Xue Teng”, meaning “Chicken Blood Vine”.  This vine, when cut, shoots red liquid and the very shape of a vine can be easily understood as mirroring our own inner vines, aka blood vessels.  Guess what this herb is great at doing?  If you guessed helping the blood you are absolutely correct!  This herb is known as a ‘blood moving’ and a ‘blood nourishing’ herb  and in western terms it is helpful in the treatment of hypertension, anemia and other blood related disorders.

However, it is rare in Chinese medicine that we use a single herb to treat a single symptom because Chinese medicine looks at the body as a whole, where no one part can exist without all the others, and aims to rebalance the entire system.  While the dizziness or headaches associated with hypertension may be the symptoms, the body is full of complicated intertwining systems that all depend on each other, so practitioners take a broader view to find the pattern of disharmony of the entire system.  This allows us to treat both the ‘branch’ of the problem – often appearing as the irritating symptoms, as well as treating the ‘root’ of the problem to ultimately restore the delicate yin and yang balance.  The goal is to maintain yin and yang balance so that symptoms do not return, and you can live your life full of health and vitality!